Denver’s success in the recent 1776 Challenge Cup tech startup competition has led some to speculate that the town could become “Silicon Mountain.”

According to 1776, a platform located in Washington, D.C. that connects the hottest startups with the resources they need to excel, Denver’s thriving community, the beautiful mountain scenery and lots of talent puts it high on the list for becoming America’s next big startup hub. 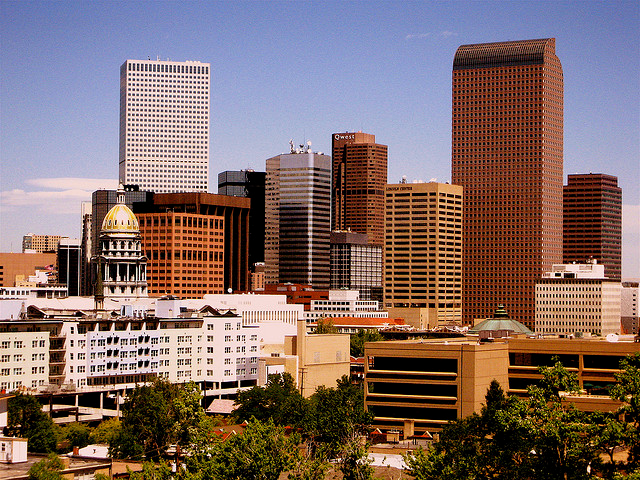 Kelly Brough, president and CEO of the Denver Metro Chamber of Commerce, said that Denver’s sense of collaboration, competition and success make it attractive to budding entrepreneurs. “We take collaboration very seriously [but then we] compete the heck against each other,” she said. “We have the perfect combination of when you work together and when you compete.”

In 2013, a report issued by Engine and the Ewing Marion Kauffman Foundation listed Denver as one of the country’s top 10 metro areas in terms of high-tech startup density, along with three other Colorado cities.

According to Nic Gray, founder and CEO of Hyprloco, one challenge Denver will have to face if it wants to compete with the rest of the country is getting the right funding. However, he believes the culture is changing. “It’s not quite the mecca for funding as Silicon Valley, but it’s getting  a lot better,” he told 1776.

Startup growth hasn’t been slow, in spite of the lack of funding. According to 1776, in 2012, entrepreneurs launched 122 Colorado tech startups, equivalent to a new startup every 72 hours. Software, B2B Web and Consumer Web were the fastest growing sectors, with a total of $502 million being raised by all startups across Colorado in 2012. That number is only expected to grow in 2014, especially with Denver’s success in the 1776 Challenge Cup competition. Reconnecting With Our Partners in Vietnam